What is pistachios? Why it is expensive? 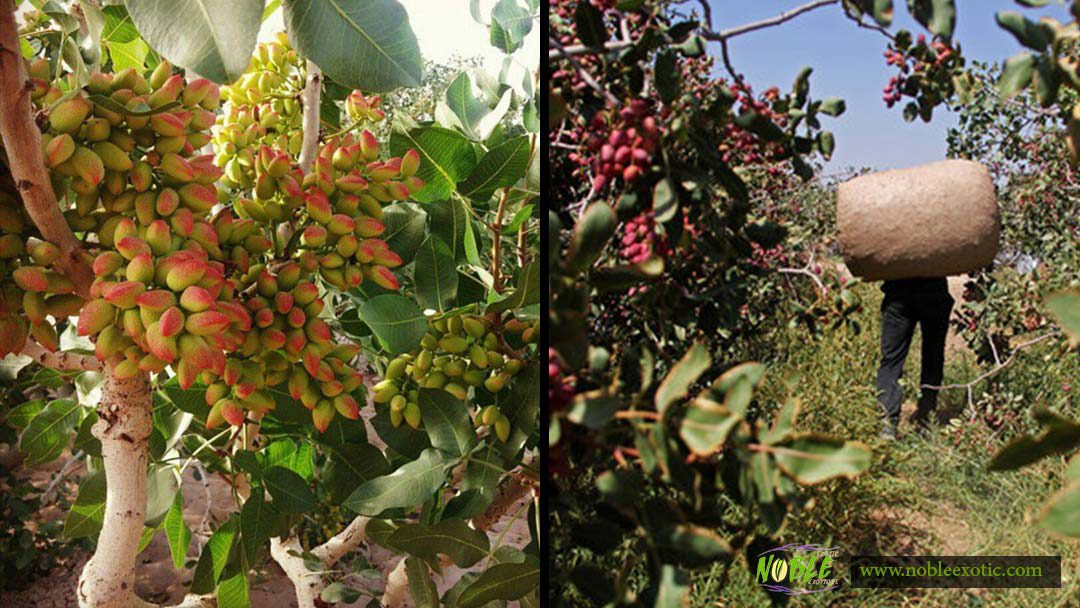 The pistachios , a member of the cashew family, is a small tree originating from Central Asia and the Middle East (Iran) .The tree produces seeds that are widely consumed as food.

Pistacia vera often is confused with other species in the genus Pistacia that is also known as pistachio or pistachios. These other species can be distinguished by their geographic distributions (in the wild) and their seeds which are much smaller and have a soft shell.

Pistachios are one of the world’s most beloved nuts. Their distinctive green fruits crop up in everything from salads to hot dishes and desserts, though they may be most popular on their own as a midday snack: dry-roasted and lightly salted to perfection. The ritual of cracking the nuts out of their cream-colored shells is almost as satisfying as the flavor itself, which is impressive, given the uniqueness of their rich, nutty, earthy taste. The taste is almost impossible to describe, and there’s really no other ingredient like them.

In 2016, world production of pistachios was 1.1 million tonnes, with the United States and Iran as leading producers, together accounting for 68% of the total (table). But we believe the most delicious and beautiful pistachios are from Iran. And we (The Noble Exotic) are one the best pistachios providers in Canada and USA.

In July 2003, the United States Food and Drug Administration approved the first qualified health claim specific to consumption of seeds (including pistachios) to lower the risk of heart disease: “Scientific evidence suggests but does not prove that eating 1.5 ounces (42.5 g) per day of most nuts, such as pistachios, as part of a diet low in saturated fat and cholesterol may reduce the risk of heart disease”.Although a typical serving of pistachios supplies substantial calories (nutrition table), their consumption in normal amounts is not associated with weight gain or obesity.

Pistachios are very nutritious, with a one-ounce (28-gram) serving of about 49 pistachios containing the following (2):

Notably, pistachios are one of the most vitamin B6-rich foods around.

Vitamin B6 is important for several functions, including blood sugar regulation and the formation of hemoglobin, a molecule that carries oxygen in red blood cells.

Pistachios are also rich in potassium, with one ounce containing more potassium than half of a large banana.

Even once you’ve found a suitably arid location for a pistachio orchard, you can’t expect the trees to produce fruit right away. In fact, it takes six or seven years for the plant to produce fruit at all, and 15 or 20 to reach “full bearing,” or peak production.

Each Tree Doesn’t Produce Many Nuts

Once again, even once you’ve found the perfect planting site and waited two decades for maturation, in a good year, each pistachio tree only produces about fifty pounds of dry, hulled nuts.

And It’s Only Every Other Year

Oh did we mention that the yield isn’t the same from year to year? Pistachio trees operate on what’s called “biennial bearing,” which means that a year in which a tree produces a large number of nuts will typically be followed by a lower-production year, and vice versa. It’s only every other year that the trees are reaching their full potential.

Where do I buy it?

You can buy pistachios from us (Noble Exotic), in Canada and USA.

Pistachios are a great source of healthy fats, fiber, protein, antioxidants, and various nutrients, including vitamin B6 and potassium.

Their health benefits may include a healthier gut, lower cholesterol and blood sugar, in addition to promoting weight loss and eye and blood vessel health.

What’s more, they’re delicious, versatile and fun to eat. For most people, including pistachios in the diet is a great way to improve overall health.